According to Eden Marie, the head of Microsoft Xbox engineering, the company is currently testing to bring a new game logo to Xbox users. This logo will help users to identify games that they cannot play.

The screenshot below shows two warning signs in the lower right corner of some games on the Xbox interface: 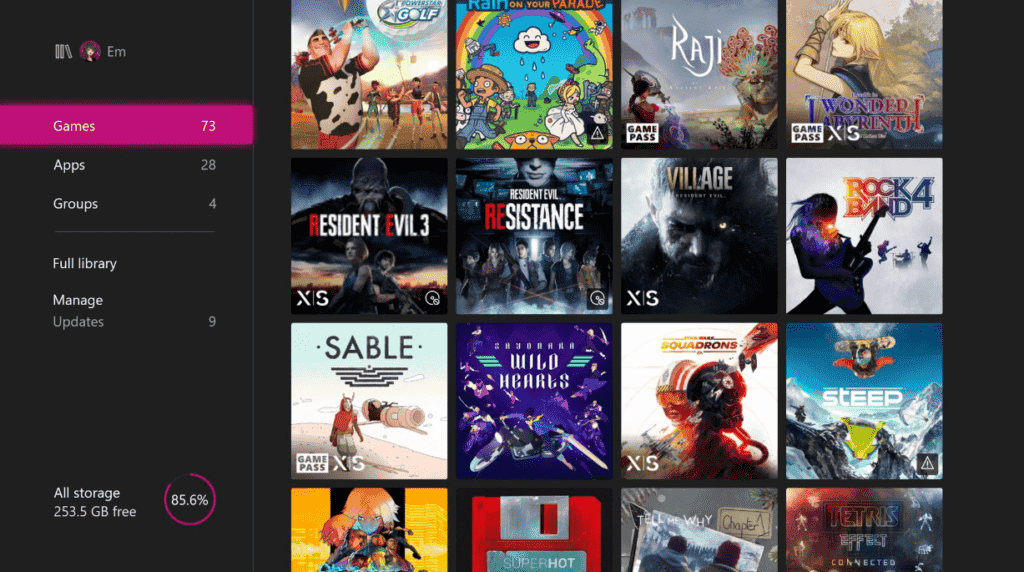 According to reports, the tracking of lost discs will only last for about a year, and records will be lost after a factory reset. Microsoft has pushed this feature to some Xbox Alpha and Alpha Skip Ahead insiders. This is to help users better determine which games cannot be played and why. Marie further claims that it will continue to improve the identifier to allow users to better determine the reason for not being able to play, such as a temporary interruption of Xbox service.

According to TheVerge, Microsoft plans to no longer provide free Xbox 360 games to Games with Gold plan users. The company will fully implement this plan after October this year. 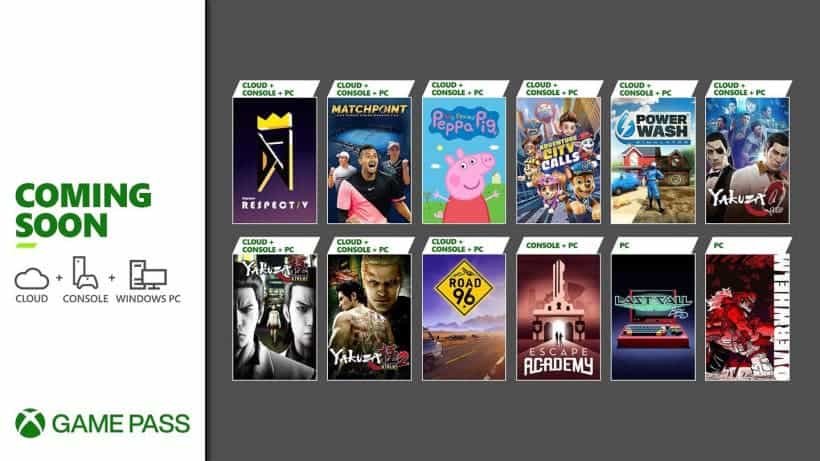 The following is the full text of Microsoft’s email to Xbox Live Gold users:

We’ve reached the limit of our ability to bring Xbox 360 games into the catalog; however, Games with Gold will continue to offer exciting Xbox One games and exclusive monthly deals.

Thank you for being a loyal member.

Last year, Microsoft’s Xbox Backward Compatibility Program briefly returned with 76 new games. However, the company made it clear that it has hit its limit of how many classic games it can bring to the new console. The main reason for this is due to licensing, legal as well as technical constraints. TheVerge believes that this may also be one of the reasons why Microsoft will no longer offer free Xbox 360 games for the Games with Gold program.

Launched in 2013, Games with Gold is a monthly benefit for Microsoft Xbox Live Gold and Xbox Game Pass Ultimate subscribers. Every month, Microsoft selects Xbox 360 games for users to play for free. In addition, these games are fully compatible with both the Xbox Series X/S and Xbox One consoles.

NetEase Games announced on July 18 that it is opening a new AAA studio, Jar of Sparks. According to the company, this new studio will focus on creating the next generation of narrative-driven action games. Officially, Jar of Sparks is led by former Halo: Infinite design lead, Jerry Hook. Furthermore, the studio features a team of industry veterans who have worked on some of the biggest franchises in video game history. Jerry was a pioneer in the gaming industry. helped launched the original Xbox, and was a founding member of Xbox Live. He has held executive roles on the Halo and Destiny franchises, most recently as the design lead for Halo: Infinite. 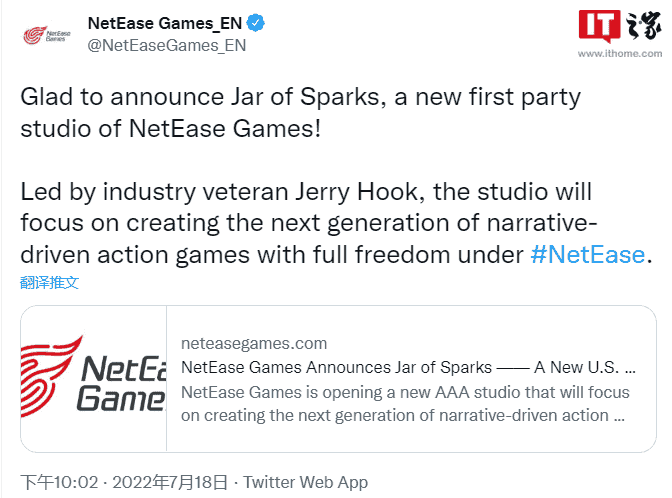 From its executives, we can see that the Jar of Sparks studio is not here to monkey around. The studio means serious business and this reflects in its recruitment. However, the success of its products will be worth looking forward to.

Jar of Spark’s mission is to create a new generation of narrative-driven action games, said CEO and studio head Jerry Hook: “We’ve made games for some of the biggest game companies, and it’s time to put our past glory aside. We want to create something new and creative, and NetEase avails itself at the negotiating table. It has a strong creative-first approach, showing us its passion for players.”